The drive from Calgary to Vancouver is, to use a good American word, awesome.  A winding road, finding its way through mountain peaks covered with snow and partly obscured by clouds. In one word: magnificent!

We ended up just above Kamloops, in a small but beautiful state park: Paul Lake. It has a lake, surrounded by forests and low mountains. Further away is the campground. Sadly it was full so we decided for lunch on the picknick ground right beside the lake. There we met Larry, the park attendant.

Larry is 68 years old. He grew up on a farm but worked best part of his career in a grocery store. Years ago he took a second job: park attendant. His wife is a teacher and will have a good pension. Basically Larry has not. As all Canadians he has a small income that comes to you at retirement age but that is certainly not enough for a comfortable life. So Larry has to stick to it.  We suspect that this is the case with many Canadians. They don’t stop because they just can’t afford to. We think that this will be the future in The Netherlands as well: so many flex workers who get paid just enough to get by but nearly not enough to save for a pension.

Larry lets us stay at the lake side for the night. We have the best seats in the house! 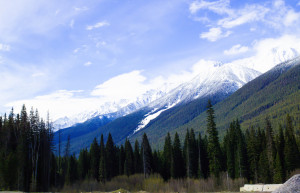 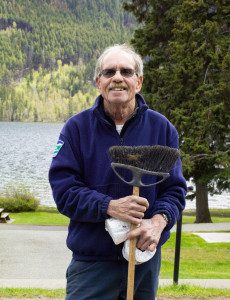 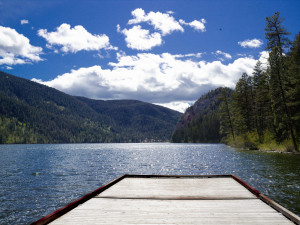 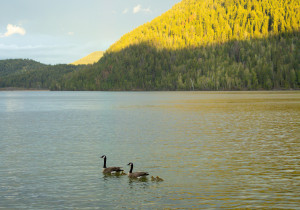 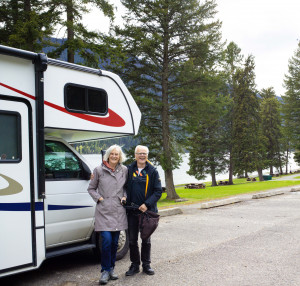